World of Tanks brings the boom 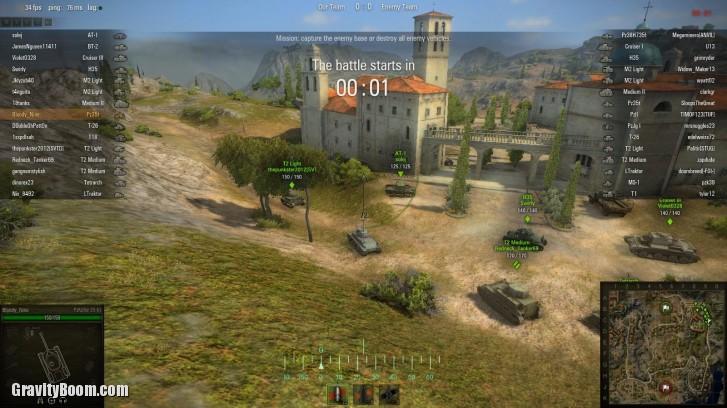 World of Tanks is a free to play massively multiplayer tank game from WarGaming.net where two teams face off in tons of deadly steel.

The tank battles are based on the historical period of the mid 20th century with hundreds of fighting vehicles, including tank prototypes and early schematics because hey, there’s got to be enough variety. So history and tank buffs don’t be too critical… even the teams aren’t nation vs nation, but rather a random assortment of tanks based on their tier and weight class. Don’t be surprised to see German, American, British, Russian, French and Chinese tanks all fighting together on each side. 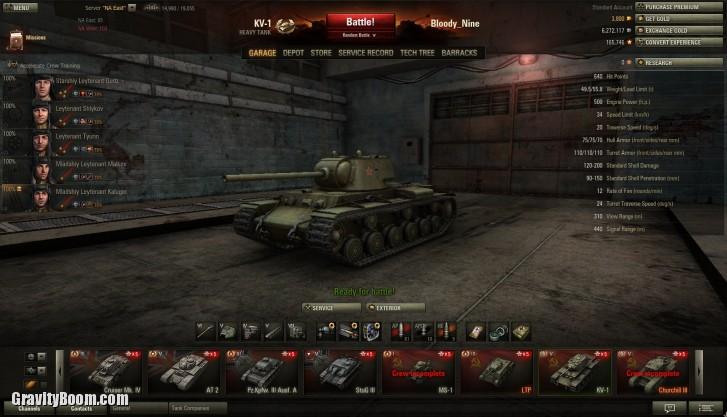 There are ten tiers of tanks for each nation. Tier 1 battle tanks are the ‘first prototypes’ each country started with during World War I, basically armored trucks with guns mounted on them. Tier 5 and tier 6 are generally the well known WW2 tanks such as the American M4 Sherman and German Panzer tanks. The top tanks are tier 10 and are powerful monsters. New players start with tier 1 tanks from each nation for free and can unlock higher tiers through game play. Most nations have multiple tank lines through the tiers depending on the tank class, which are light tanks, medium tanks, heavy tanks, tank destroyers and self propelled guns. 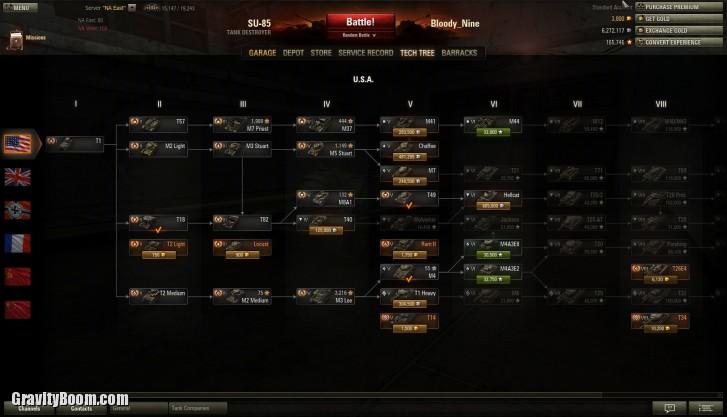 Most World of Tanks games are random 15 vs 15 battles you join with other players around the same tier as your chosen tank. The battleground you fight on will be a random map from several dozen geographical locations, with each team roughly on opposite sides. Standard tank battles allow 15 minutes to kill all enemy tanks or capture the enemy base to win. You earn XP, credits and crew experience by damaging other tanks with direct or indirect fire, and by capturing the enemy base. 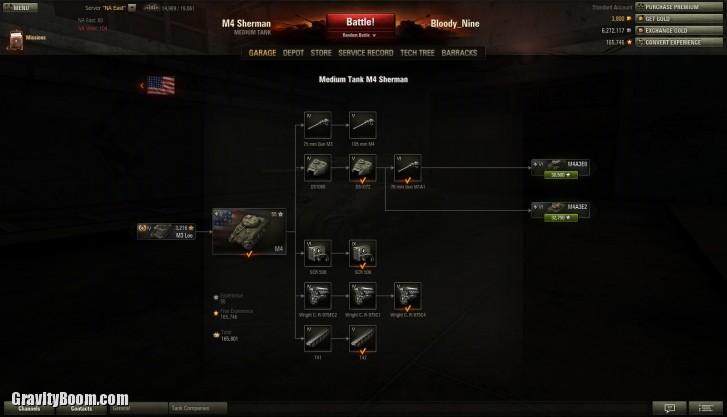 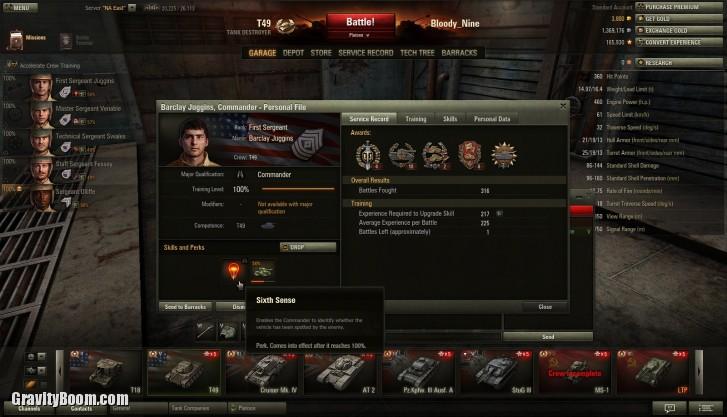 Crew experience reflects efficiency in their chosen tank and additional fighting abilities. The above image shows the commander of the T49 and his training level is 100%, meaning he is fully proficient with that tank. Once a crew member reaches 100% he is able to train in additional skills and perks. Our commander is fully trained with the Sixth Sense perk, and has a 54% rating in the Camouflage ability, which helps the tank from being spotted by the enemy team. You can retrain crews for different tanks, but for some reason they can only be proficient in one tank at a time.

World of Tanks is free to play, but is it pay to win? The answer is definitely not. The two items you can only get with real money are premium accounts and premium tanks throughout the tiers, and are both meant to save time by giving a boost to earning XP and credits so you can unlock and purchase game items faster.  Premium tanks also give a boost to earning XP and credits, and despite the name premium, they are not overpowered tanks. They are usually good tanks but not the best in their tier, and the better tanks can be unlocked for free with enough play time. However, the premium tanks can be bought at any time, regardless of research. Since earning XP and credits are based on your play, it’s better to learn how to be a good tank player than it is to rush into buying premium tanks. They won’t help much if your performance is dismal, so play the lower tier tanks to get a feel for the game first. 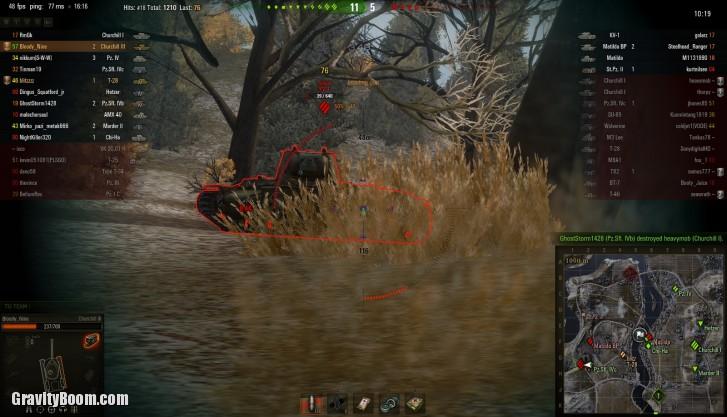 World of Tanks is a simulation of armored warfare where the biggest factors are probably tactics, situational awareness and patience, not necessarily in that order. This is not your standard FPS so be sure to keep an eye on the mini-map in the lower right corner of your screen as much as possible – it alerts you to nearby tanks spotted by your team. This will give you an edge on knowing when to flank an opponent or when you’re being flanked. With a dash of patience you’ll have lots of fun outmaneuvering the enemy and gunning them down.