Dwarfs!? and the Power of 2 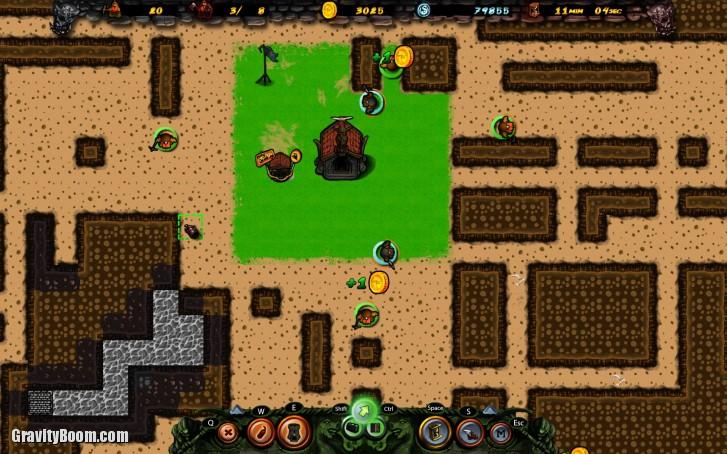 Dwarfs!? is an clever 2D arcade game from indie developer Power of Two where you control a dwarven colony as they dig deep underground, looking for treasure but always stumbling into dangerous caves and hostile denizens who threaten their very survival.

Silly dwarfs. They soooo crazy! They just can’t stop digging. No, really. They don’t stop trying to dig for treasure unless they’re dead. They also don’t stop drinking beer and breeding, and sooner or later that leads to trouble. The object here is to get the highest score possible in arcade mode before the time expires or your dwarven colony is wiped out from stupidity. But, you know, in a casual sorta way. 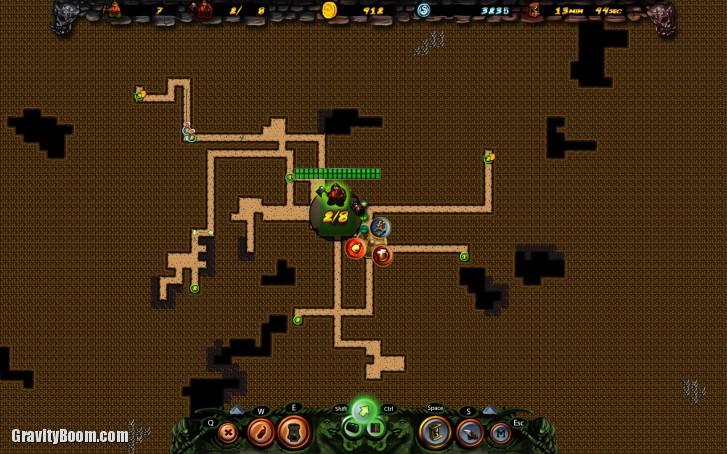 Each game of Dwarfs!? is randomly generated, but always starts with a small town center. The dwarfs are either diggers – those who dig, or warriors – those who fight. You can give them explicit commands on where to go but otherwise they’ll make their own decisions. As they dig they earn money from minerals, which are spent on your colony, like bribing a dwarf to go to a certain location. Greedy dwarfs! To defend your territory you can also build outposts which can output more diggers as well as hire and train warriors.

As they haphazardly explore around them they’ll discover veins of precious metals but also mystery caves which may contain treasure or a nasty surprise… Sometimes they have goodies, and sometimes they hold creatures who will try to kill all dwarves they see. If those monsters succeed in defeating your main town, the game is over. So dwarf soldiers are important at strategically placed outposts. You may also stumble into a cave filled with water or lava, which will start flowing through your tunnels and threaten to kill anything it overtakes. You’ll have to block the tunnel with dynamite and wall off the cave so other diggers don’t stumble in there too. They’re not very bright, those diggers. 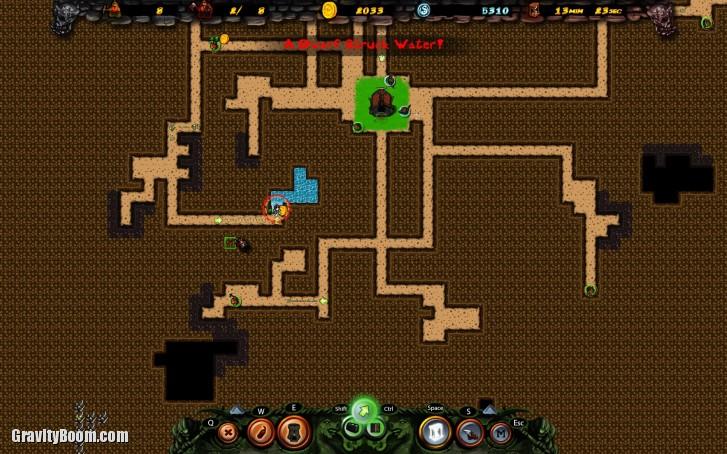 Dwarfs!? is only single player but there are many options which add more features, modes and difficulties. You can also create your own maps if you want something specific, or play the carnival mini-game for a change of pace.

If you don’t want to buy the whole game there’s also a FREE to play version of Dwarfs!? which just includes the arcade mode with only the easy and normal difficulties. Everything else can be purchased separately as downloadable content. The guys at Power of Two make it easy so there’s really no reason not to check this video game out. It’s a bit of mindless fun at the expense of some alcoholic dwarfs who don’t know any better.