Defense Grid: The Awakening from Hidden Path Entertainment is thought by many to be THE tower defense game for the PC.

Hordes of aliens are invading and your job is to strategically place fortified towers to channel these enemies for annihilation through a maze of death. Doesn’t that sound nice? Plan your strategy by making choke points so your various towers can wreak havoc before the aliens can disable the power core and overrun the base. 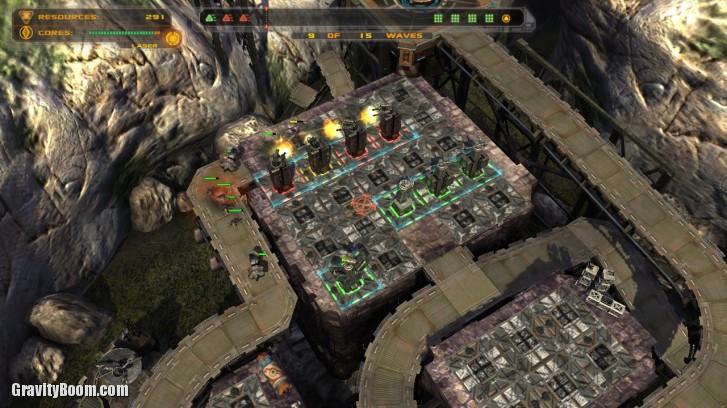 For each level, you get advance knowledge the aliens are coming and their expected route of attack. The alien vanguard is light but each wave gets stronger and more numerous so it takes more and more towers to take them out. An ‘incoming’ bar at the top shows what’s coming next so you can plan an effective defense. Beware the bosses with special abilities as they are truly powerful and will give your most carefully laid plans lots of trouble. You gain resources to to upgrade and build more towers from killing aliens and having power cores in your containment facility, which the aliens are trying to reach and disable. Stop them at all costs! 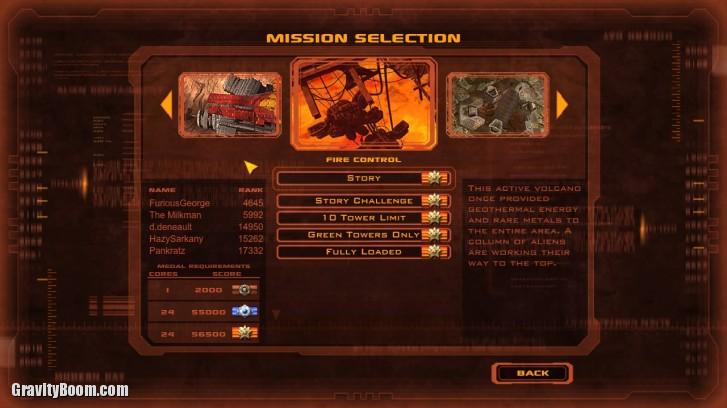 The graphics in Defense Grid are stunning, the music is terrific and even the commentary is memorable. It is single player only, but each level has multiple challenges for the die-hard tower defense lovers. The achievements are difficult and actually feel like true accomplishments. There are also several DLCs for even more action, including one that hilariously parodies the Portal franchise. The developers for this indie game are very good about responding and interacting with players.