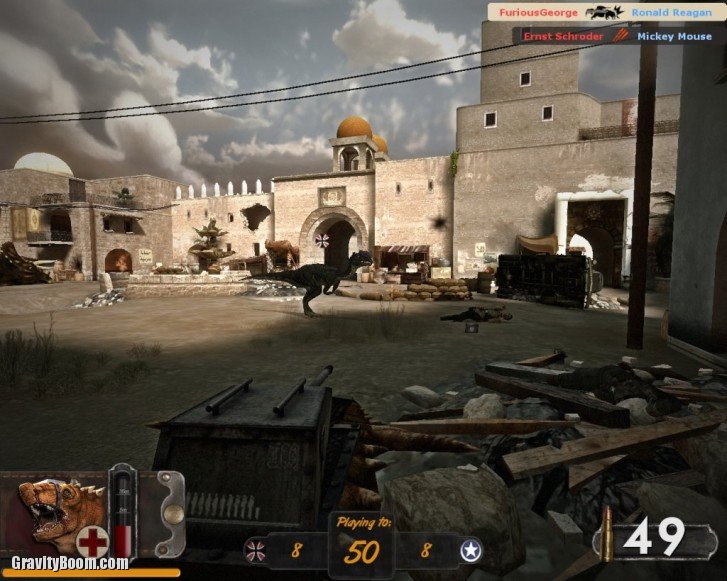 Dino D-Day is a multi-player PvP shooter that combines the ever-popular World War II theme with bloodthirsty dinosaurs like from Jurassic Park.

In this alternate history line, Adolf Hitler has succeeded in resurrecting and training dinosaurs to join his Nazi armies in a bid for conquest. The Allies desperately try to catch up with their own dinosaur research as they battle across Europe and the Mediterranean. Each side has seven playable characters each with unique weapons and abilities, even – yes you guessed it – dinosaurs equipped with machine guns. It’s a unique spin from indie developer 800 North that attempts to combine two popular genres, with mixed results. 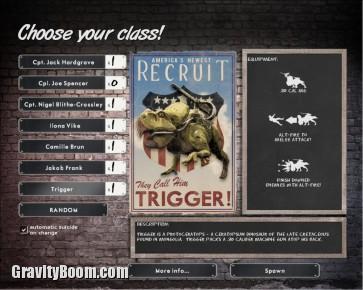 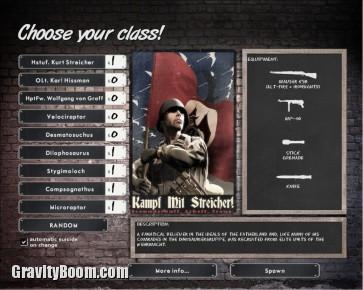 Dino D-Day plays out like most multiplayer FPS games. The two sides spawn on a map and battle it out for victory. Not much new there. The maps are nice, but the game’s strengths are in it’s classes. You may prefer playing one of the soldiers equipped with specific World War II armaments, or try your hand as a genetically modified dinosaur with their special attacks. It’s kinda cool charging down others as an armored Desmatosuchus or pouncing on prey as a Velociraptor. It’s different, but takes some getting used to and there are some possible balancing issues to be sure. 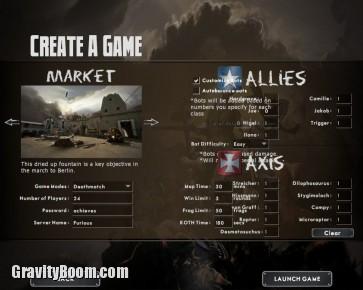 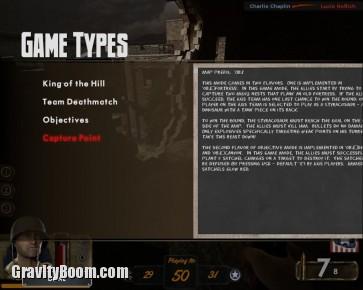 Unfortunately there is no tutorial to speak of, so before jumping in a live game you probably should create your own game with bots to practice on. There are just some class specific key strokes you’ll have to figure out, but luckily there is a plethora of goats around each map to practice on. Soon you’ll be spitting acid in everybody’s faces. Well, maybe. I stumbled around for quite awhile, learning by trial and error. I was lucky enough to run into a friendly player named Buddy the Space Parrot who showed me a few great tips. 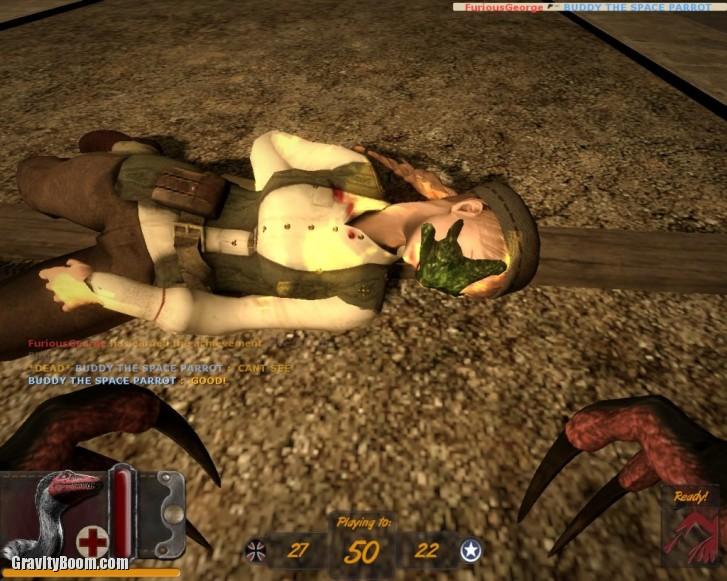 The game itself is okay, but depends entirely on a multiplayer community, which is fairly sparse. It’s going to be hard to compete with free to play games like Team Fortress 2 with a much larger base. Hardcore pvp gamers will find a rather small amount of regular players to tussle with. There is no single player campaign, though you could use bots if you wish. In either case, unless you are a major dino fan, the play value of Dino D-Day is not so great.