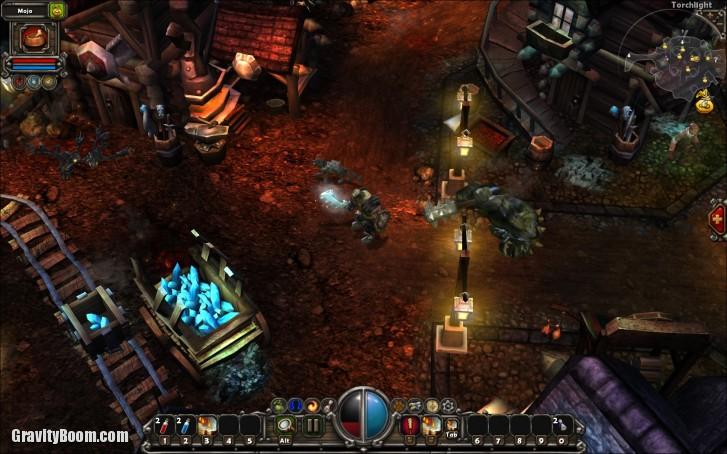 Your hero must enter the deeps buried underneath the mining settlement of Torchlight to find the source of corruption spreading across the land after the discovery of rich veins of magical Ember. Choose between three classes: the Alchemist (magician), the Destroyer (warrior) and the Vanquisher (archer) and off you go. Adventure awaits!

Torchlight is a hack and slash, sword and sorcery game with ‘loot drops’ being the core of what drives you to keep playing. You know what I’m saying… those shiny magic items you find throughout your play that enhances your character in a multitude of ways. There’s so much stuff you can come up with some interesting combinations for different replays. As you progress the items become more powerful, just like you. Your hero can also choose from three different skill trees per class as he levels up, unlocking dozens of new and powerful perks that change your game play, such as summoning minions to fight for you or a sonic shock wave to stun your foes. 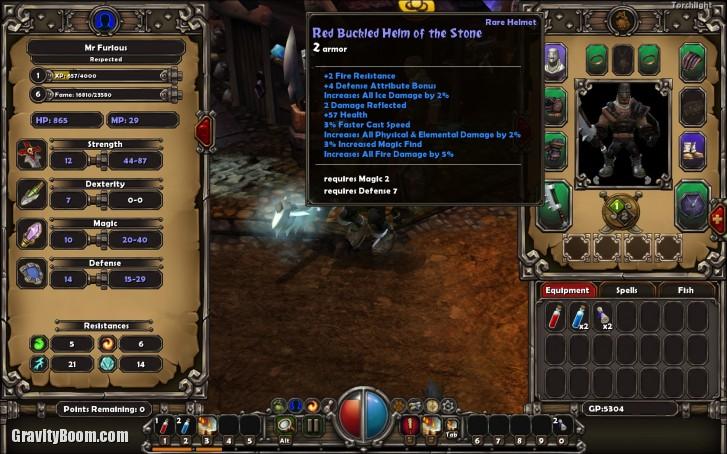 This indie game is a bit cartoonish, but I think that blends in well with the casual atmosphere it’s trying to create. The main story line covers 35 dungeon levels across 8 different locations, culminating in the boss lair for the final battle. Once victory is accomplished, you have two choices to continue your Torchlight playtime. One is to ‘retire’ your hero, which allows you to pass on one of your magic items as an ‘heirloom’ to a new character, with additional bonuses attached. Alternatively, you can continue exploring dungeons all the way down to level 100, with each level randomly generated and scaled to your level. More loot!

Initially, Torchlight is great fun cutting down monsters and collecting treasure, improving your hero with ever better equipment and tactics. After awhile it can get a little repetitive, with the prospect of epic loot drops being the main drive to continuing to play. It is pretty great finding a piece of kick ass armor that gives you a special power boost, and there’s plenty of randomization to keep that feeling going. If you’re a loot whore gamer, take a look at this video game.