How to Survive achievement hunting

Here are some tips on the more difficult How to Survive achievements.

For Bolt’s master you will also need an electric jacket by combining a Bulletproof Jacket, Big Fork, Tesla Coil and Fuses. Then, wearing the electric jacket with the electric weapon equipped, get hit by lightning during one of the thunderstorms. The weapon will charge (without harming you) and you will unlock this achievement.

Survival marathoner – Survive the 15th night of the mode “Barricade!”

I found this easiest to accomplish using Abbey and her skills to reduce the fall of food, thirst and sleep as well as her incredible +50% incendiary and explosive damage as well as the amazing +50% damage perk at night. Quick tip: Build an automatic gun turret with Diving tank + short tube + motorbike motor + electric device + hardware. 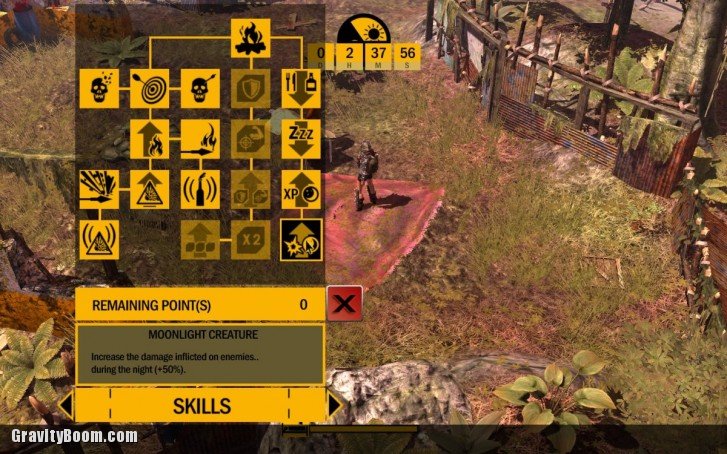 Picky monkeys – Complete the 12 secondary quests of Kovac’s monkeys.
Monkeys on your back – Complete all the monkeys’ quests of El Diablo islands

There are already two great steam community guides for the Monkey Quests- with map locations and in game pictures to help you find all the tricky objects:

Herbalist – Find the 20 special plants of the Herbarium.

There is already a great steam community guide with map locations of all the plants. Remember: Some of them require you to destroy bushes and go into tiny, “secret” areas to collect.

As the game progresses you will start seeing zombified deer, who will charge right at you. Line up other zombies in between and the zombie deer will run them down to get to you. Repeat until zombie deer kill 20 zombies.

The volcanologist zombies are the ones in the hazard suits in the El Diablo DLC. Supposedly only electricity can harm them, but you can actually shoot them in the face three times so they fall over and explode.

This is earned as a reward from a bonus quest given after completing the main story of the El Diablo DLC. You will need to collect 10 electric devices from around the El Diablo islands. They will be in the sheds and safehouses and also rewarded by completing the hidden monkey quests of the DLC.