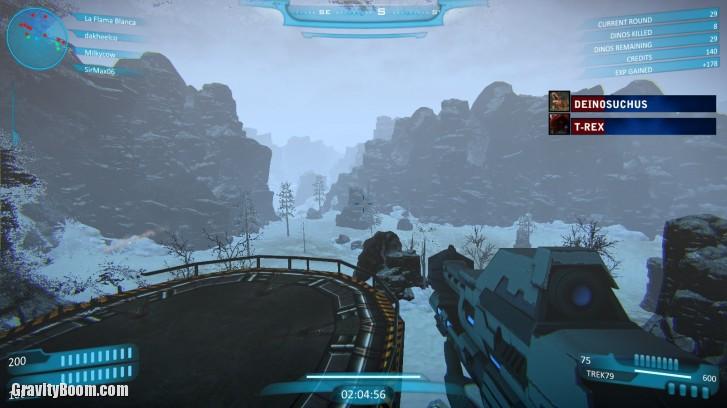 ‘Open World’ game play is now a part of the ORION: Dino Horde experience from Spiral Game Studios with the addition of the ‘Conquest’ game mode.

It supports up to 5 players and uses all main game features including stat-tracking, persistence and ability unlocks. This Dino Horde update adds the following to the game: 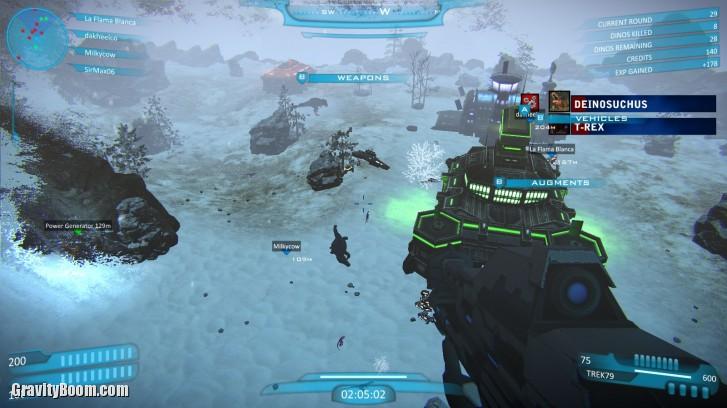 Okay so I’ve had a chance to play the new Arctic update. First off, I’d replace the words ‘Open World’ with ‘really large map’. It IS huge, though. A single play though will be about 2 hours on the easiest setting and it ramps up according to difficulty. I’m guessing 5 hours at the hardest (if you survive). You start at a demolished base camp and must move from base to base, reactivating the generators, capturing outposts and defending against a total of 30 waves of dinosaur attacks. 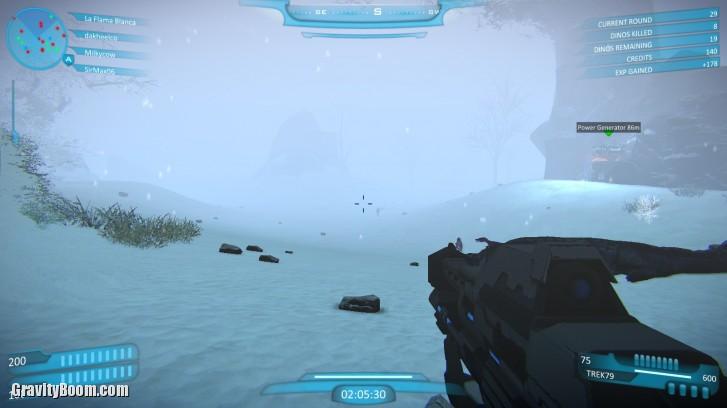 Since it’s such a long game, you will cycle through day and night and experience snow and even blizzards. If it gets really cold your visor will even frost over, making it difficult to see. In addition to weapons and augments buildings, they also added vehicle buildings too. On lower difficulties there is so much cash you can keep pumping out a steady stream of combat vehicles too.