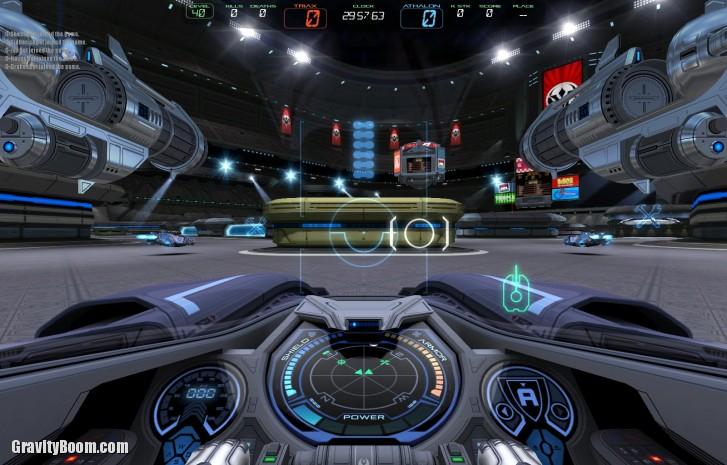 In Metal Drift from Black Jacket Studios, teams of virtual hover tanks face off in a futuristic sports arena for vehicular combat in front of hordes of screaming fans.

As one of these highly trained drivers, you blast enemy hover tanks and maneuver a hover ball across the opposing goal pad to score. This is definitely a multiplayer game, though you could play solo against bots just as easy. Honestly I’m surprised there aren’t more games inspired by Tron – that whole movie is filled with cool games I’d want to play. 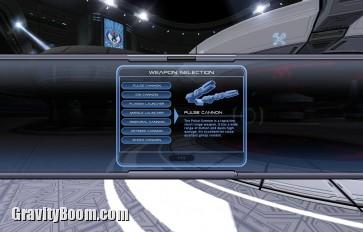 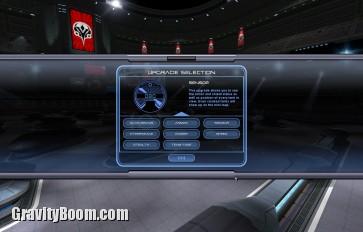 Each hover tank in Metal Drift has an energy shield and hull armor, and is customized with a specific weapon and upgrade which affects play style. Some combinations are better for offense, some for defense and some for scoring with the hover ball. The energy shield automatically recharges but note your hull armor can be fixed on a repair pad in the arena. The power bar fills as you deal damage and can be used for a super speed boost or to super charge your weapon. Don’t worry if your hover tank gets destroyed, you’ll respawn in just a few seconds to carry on the fight. After each game you’ll earn XP and level increases unlock more weapons and upgrades and additional bonuses. 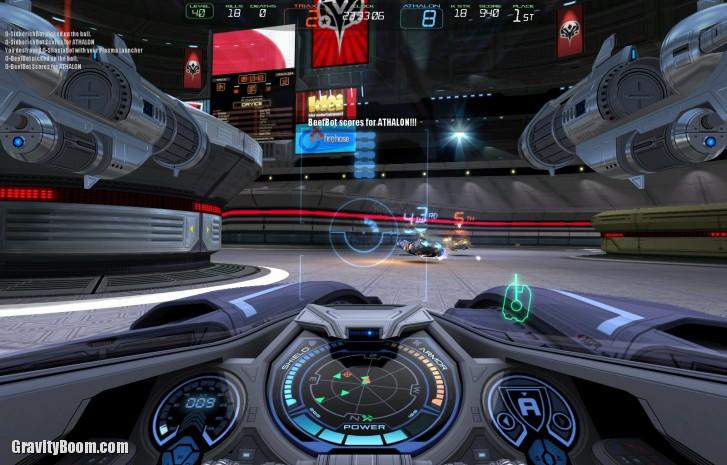 For some reason there is no native support for controllers in Metal Drift, and the WASD + mouse together takes some getting used to. However some people have reported success using a controller emulator such as Pinnacle Game Profiler or Xpadder.

Sadly this video game has not had much exposure in my opinion, and the multiplayer is almost non-existant, but to their credit the devs play a lot and host games every week. I do like that you can start a multiplayer game with bots and as people join the bots are replaced with real players. I find the game enjoyable either way, and still occasionally launch Metal Drift when I’m in the mood for some straight forward eye candy mayhem.