Lords of the Rings: War in the North achievements

Most of the War in the North achievements will be unlocked by normal game play, but here are a few that need more explanation for you achievement hunters.

Use an existing game and switch to Farin and make sure he has explosive bolt. With a good crossbow it will take out any group of enemies with one shot. 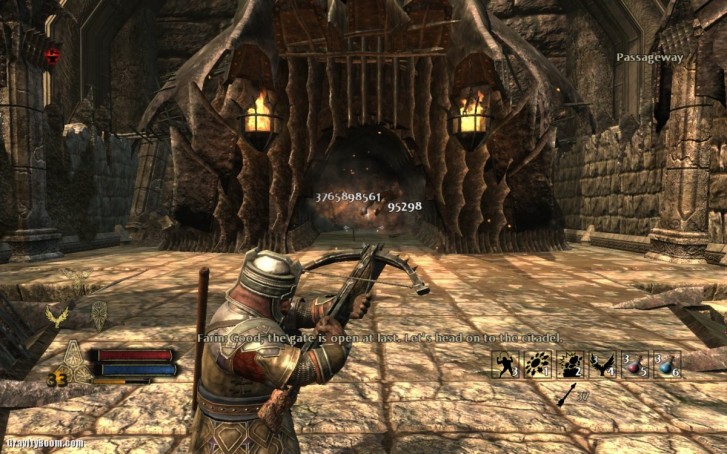 Battle-master – Unlock every active-cast ability in one character’s skill tree.
Warrior Exemplar – For one character unlock every skill that provides a modification to War Cry, Sanctuary or Evasion.

You need to be at least level 17 to have enough points for the Battle-master achievement, and level 14 for Warrior Exemplar. You can easily switch to another character (that you haven’t played yet) to get all your skill points to distribute and get the achievement.

A bit misleading, as you can ‘continue’ your playthrough by starting over on Heroic difficulty and finding the secrets again until you total 25. The character you play does not matter.

You should be able to do this easily if playing through with the female elf Lore-Master. If not, the easiest way to get this achievement is to switch to the Lore-Master at the start of Fornost. As you clear you’ll find several herbs. Instead of proceeding to the next part, travel back to Bree, then come back to Fornost and the herbs will have respawned. Do this enough times to collect enough herbs to make 15 potions.

You start this quest by finding the first scroll during your visit to Fornast, after you free Beleram. There is an Orc mage near the first mounted crossbow you push over the edge and he drops this scroll. Soon you’ll be in Rivendell, and when you show this scroll to Elrond you’ll get the full quest to find all the other scrolls.

Scroll 2 – In Ettenmoors – Coldfells, after reuniting with Beleram, you’ll come to an area with a stream, kill the enemies and go up the hill, go past the gapped bridge till you reach the end with a cave. In front of the cave is a ledge you can drop off of, do so and follow the stream almost back to where you started to a gold chest with the scroll Inside.

Scroll 3 – In Ettenmoors – High Moors, as you progress you’ll come to a bridge guarded by many Orcs and one Orc mage, kill the mage to get the scroll.

Scroll 4 – This one’s in Mount Gundabad, near the end. After destroying the gear control, you’ll be told to hurry through a tower (which is connected to another), after running up one, you’ll cross to the other and descend it. Once at the bottom of the second (you’ll be near the bottom after killing a bunch of archers), there is a door that leads to a platform with a chest, it’s in the chest.

Scroll 5 – Right as you begin Mirkwood, you will be immediately attacked by Boss Wulfrun. After you kill him you can recover the Scroll from his body.

Scroll 6 – This is in Urgost’s Lair. After you go through the mountain for the first time, you’ll come to an area with a long bridge, some Orcs and a waterfall, kill the mage near the entrance on the far side of the bridge to get the Scroll.

Scroll 7 – This is at the end of the Urgost’s Lair, simply kill the boss Captain and pick up the Scroll.

Once you have them all, return to Elrond in Rivendell for the achievement.

Well-arrayed – Equip all parts of an armor set.

For this achievement you need to have all of the pieces of armour for a set, the pieces are Helmet/Hood, Pauldrons/Shoulder Pads, Chestplate, Gloves, Legs, Boots. You do not need to have the Rings, Amulet or a Weapon, though there are matching Weapons to sets if you want them too. If you can’t find them all in a single playthrough, you can continue on a higher difficulty level and keep trying. Known armor sets:

Living Shield – Absorb 25,000 total damage during the course of 1 level.

This is very easy to get in Fornost. Make sure you are on at least Heroic or Legendary difficulty. Shortly after you meet the first kamikaze enemies (the ones that run up to you and explode), you will reach a wall with a red canister in front of it that you need to destroy to proceed (it will blow a hole in the wall that you must pass through). Take off all your armor so that it doesn’t degrade, and melee attack the canister to make it blow up. You will die, but you should also unlock this achievement.

If you just want this achievement as quick as possible, I highly suggest playing Farin the Dwarf. He has, by far, the most overpowered skill in the entire game – Explosive Bolt. Getting a good crossbow and putting points in Dexterity with this skill makes Heroic difficulty more like easy mode, and Legendary difficulty becomes more of a speed run. You could melee attack for 3k or unleash an AOE blast for over 100k lol. Not a hard choice. After getting Explosive Bolt I hardly ever used melee again. 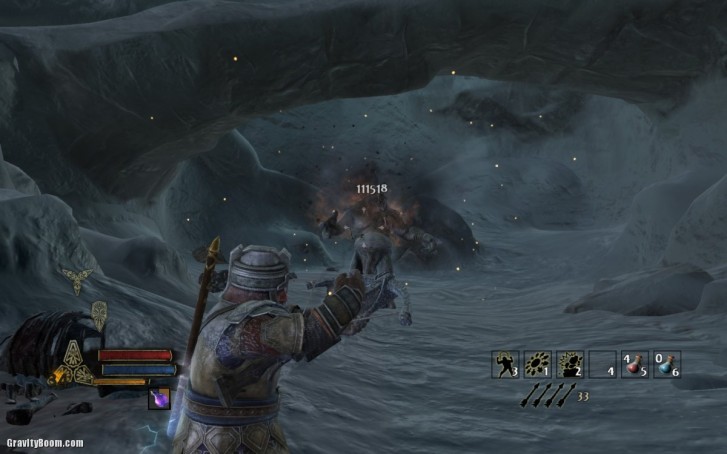 Strength of Our Alliance – Slay one enemy together with 2 other players.

This achievement totally blows. From what we can tell, all players must perform the killing blow on the same enemy at the same time.