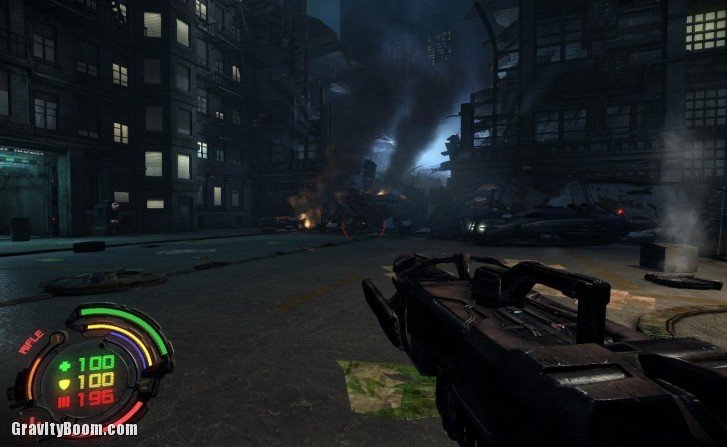 Hard Reset is a dark and gritty futuristic cyberpunk shooter set in an amazing, destructible environment.

You play Major Fletcher, an Army Combat Veteran of Bezoar, the last known remaining human city left against the AI machines. When their latest attack breaches the walls, you are sent in to help fight the robotic onslaught. Sounds cool, right? It’s the first single player game from Flying Wild Hog, an indie studio out of Poland. I may sound like a bit of a fanboy, but I found Hard Reset to be a gem among the FPS genre. Maybe it’s because I like the whole setting so much. Unfortunately the translated ‘moving comic’ cut scenes are a bit hard to follow, but who cares when you have such solid shooting and breathtaking graphics? 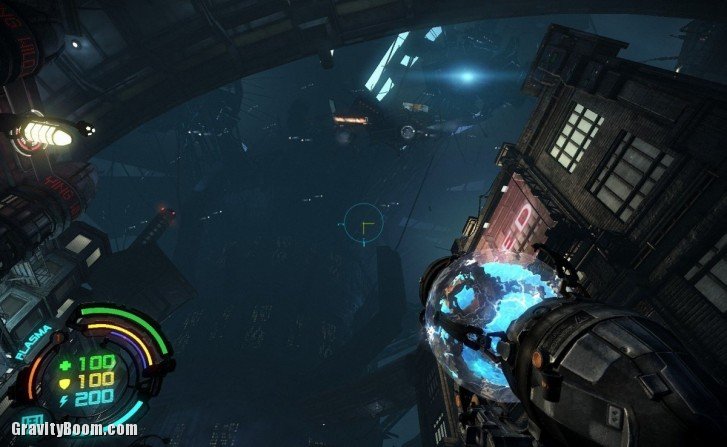 In a visual background reminiscent of Blade Runner, you respond to mechanized machines that have it out for humankind. That means you, bub. The AI of these machines, in the story and the game play itself, is impressive. Methods that work in other FPS games don’t work well in Hard Reset, like glitching the enemy behind an obstacle while you blast it without fear of getting hurt. No, these machines will be all over your ass. It’s a hectic shoot em up not for the casual gamer. Your skills WILL be challenged. 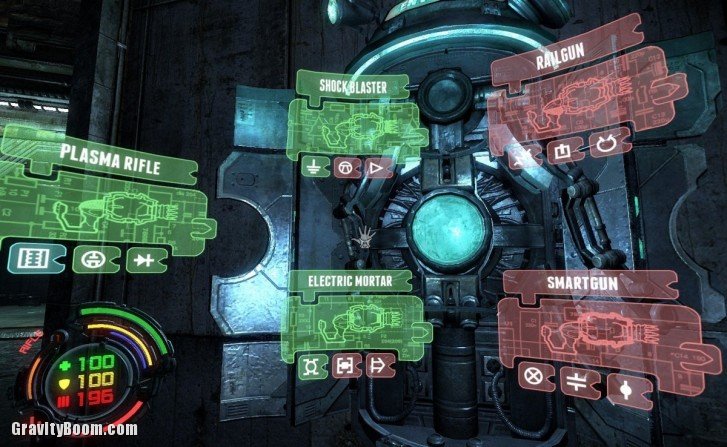 One of the great ideas in Hard Reset is the way they do upgradable weapons. You start off with the CLN ballistic firearm and the N.R.G. energy weapon. Around Bezoar city you will find ‘nano units’ (aka money) that you can use at automated upgrade stations to add to your weaponry. Each of the two main weapons has 5 sub-weapons that can be unlocked, each with two fire modes and a boost effect, for a total of 20 different weapons you can use at any time if you are able to buy them all. Rifle, shotgun, grenade launcher, RPG, proximity mines, plasma rifle, shockblaster, electric mortar, railgun and smartgun. It’s amazing. You can easily switch between them depending on the enemy you’re facing. It also have 15 upgrades for your character as well like more health, better damage resistance, more ammo capacity, enemy radar on your HUD, etc. You will not be disappointed with the selections, but it’s doubtful you can unlock them all in a single play through. 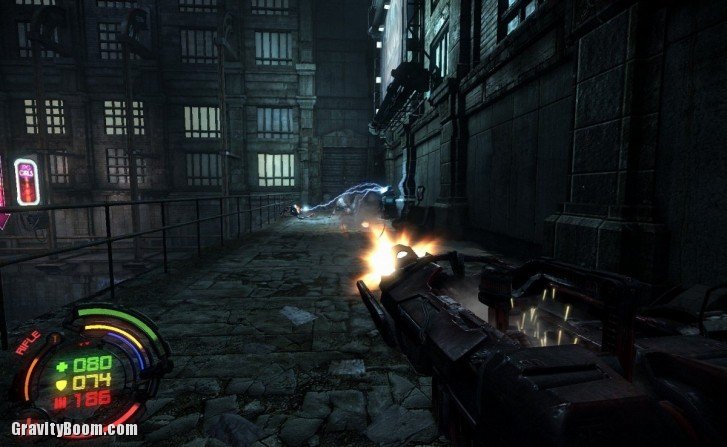 I already mentioned the destructive environment, but that’s important. This future city uses massive power to run, and some items can be damaged or destroyed to help fight the robotic monstrosities out for your blood. This is incredibly useful and most likely necessary on harder difficulty levels. Plus it looks and sounds awesome when you fry up those metal critters. 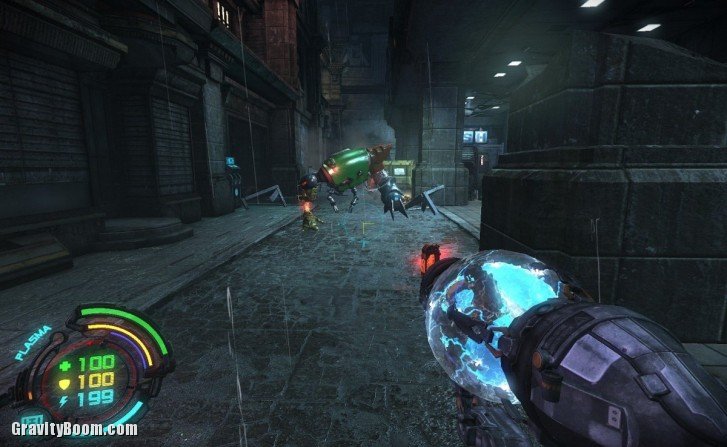 I found the game AI particularly challenging and hard to exploit. Their pathing was excellent with many enemies having multiple forms of attack depending on range and environment. Although that metal creature above has a charge that is easy to dodge if you have the room, it also has a stomp attack for close quarters and completely surprised me when it actually dodged one of my RPGs. I was swearing loudly but laughing at the same time. Damn cheating robots! 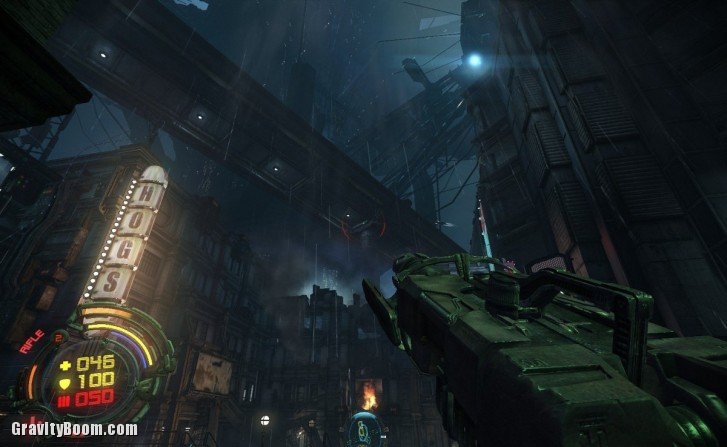 I think Flying Wild Hog released the game before it was completely finished. The story seemed to end abruptly after 7 nail-biting levels of frantic awesomeness. Thankfully, they quickly released the Exile expansion (for free) which added another 4 levels with even more enemies and wrapping up the story line. I think it might have all supposed to be released together, but time constraints cut them off and they had to finish it up later. I’m glad they did, because I think it all worked out great. The game story ends with more questions, and I’ve been waiting for a new Hard Reset game for some time. So far, Flying Wild Hog seems to be using the success of their first indie game to make other games that so far, hasn’t really matched the genius of Hard Reset in my opinion. Let’s hope they come back to Major Fletcher soon.