Confrontation game for the pc 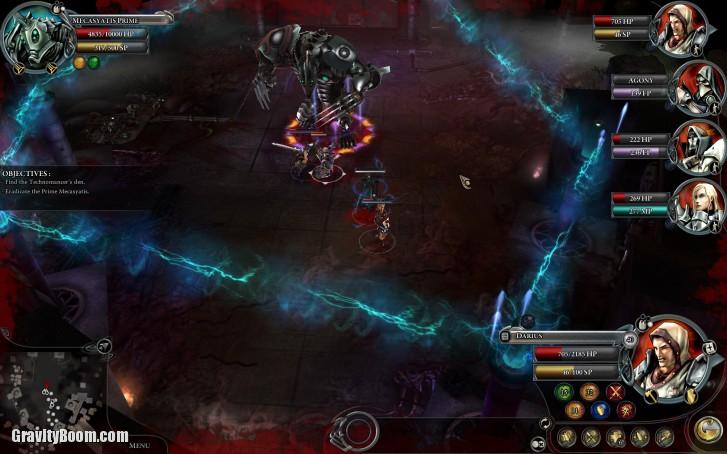 Confrontation game for the pc is from French developer Cynanide Studio and based on the Rackham miniatures wargame of the same name.

Set in the fantasy world of Aarklash, you control the Griffin forces as they fight for supremacy against the other major factions. While it bills itself as a role playing game it’s more of a simple hack and slash. It actually reminds me more of a MOBA but you control the whole team of four characters from 12 unlockable heroes. You can swap them out during the game at certain save points so you can eventually play them all during the single player campaign.

Confrontation characters are typecast as either tanks, mages, support or straight DPS. Each unit sheet has physical attributes, unique skills and separate skill trees both armor and weapons. As characters gain experience they can increase up to level 40, increasing their attributes and skills, but you can only increase armor and weapons by finding ‘equipment points’ from chests and magic glyphs from rune stones. These are just different ways to buff up your items but the choices are rather limited. Unfortunately there is nothing else to loot besides… bandages. Now don’t get too excited. Bandages are almost worthless. Seriously… bandages? 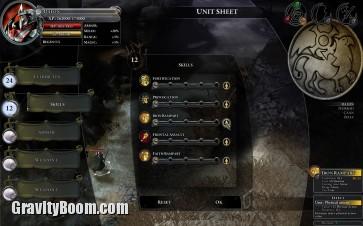 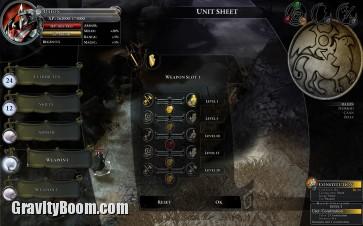 Combat is okay but can be confusing. However you can freeze time to issue orders to each of your characters, including what special skills to use. Each skill uses points from a mana/faith/stamina bar that replenishes over time. Team synergy is important, such as having a tank for defense and crowd control, and a support hero to help heal. A fallen hero will enter ‘agony’ and must be revived before a time bar runs out or you lose the game. Doing it during combat can be problematic to say the least.

The game seems to assume you have a prior knowledge of the Confrontation universe so if you don’t, like me, you’ll be a bit confused with all the names and places being bounced around. Look at the screenshot below. A voice narrator reads that whole thing, and there’s SO many of them. It’s like a hard to follow audio book. Luckily it’s not needed to play the game, and I found myself tuning the narration out, because there was no way to skip it. You basically just move from enemy group to enemy group and fight it out until you get to the end. 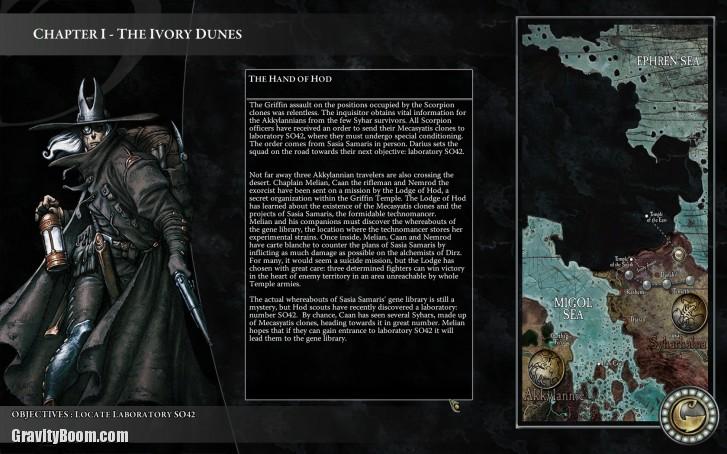 Overall the Confrontation game is lackluster. The graphics are okay but little things with the controls are off. The camera field of view is too close, and if you don’t keep spinning the viewpoint around you could easily miss things behind walls even if you’re right next to it. Character customization is also shallow and the heroes are mostly forgettable. As is the story. The tutorial is short and leaves a lot out, but I did find the Confrontation manual as a pdf.

There is a multiplayer option if you sign up for an account but it seems to be dead. Don’t count on multiplayer unless you know someone who owns the game.