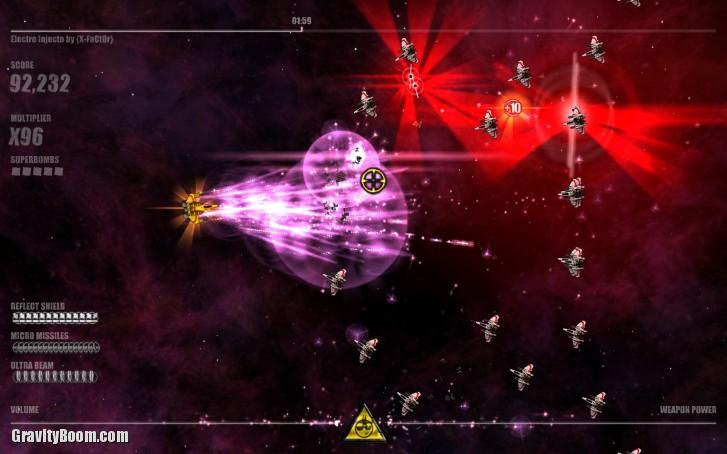 Beat Hazard is like a space game of Asteroids only pumped up on steroids and powered by the music you choose.

Internet radio is supported as well as any local song files you have on your pc. The pace and difficulty of the game is set by the beat, so you can play it casual with slower songs or really juice it up with some techno. Everything is linked to the intensity of the music so every track is a unique experience. You’ll find yourself dodging magnetic asteroids, intelligent mines, a variety of enemy flyers and ‘boss ships’. You’ll need to find a way to avoid their attacks and penetrate their weaknesses to defeat them. Beat Hazard can be played single player or multiplayer, and is probably best enjoyed with your favorite tunes when slightly under the influence. Don’t quote me on that last one.

So you’ve got your ship, and what is a ship without upgrades? Blast your targets and they drop different items to change the game. More powerful weapons, score multipliers, weapon ammo, shield charges, super bombs and… cash! You’ll need money to unlock different perks for your ship to turn you into a music driven badass. Once you’ve loaded up your armament you will be fearsome, and the game will be visual eye candy. Luckily there’s an option to turn down the intensity so you won’t get seizures. Really, you’ll need it. 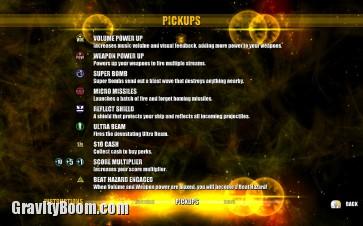 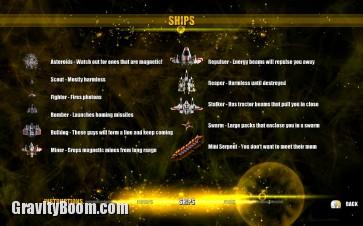 A standard game is linked to a single song, making Beat Hazard an excellent way to pass some time between real life events. Other challenges include Survival Mode and Boss Mode, where the tracks just keep on playing until all your lives are lost. Rack up points if you want to compete on the leader boards. There’s also Casual mode, where you have unlimited lives and all the perks are unlocked, so you can just practice or fool around if you just want a casual game.

Cold Beam Games released this indie game to great success, porting Beat Hazard over multiple platforms and so far more than 700,000 copies have been sold.