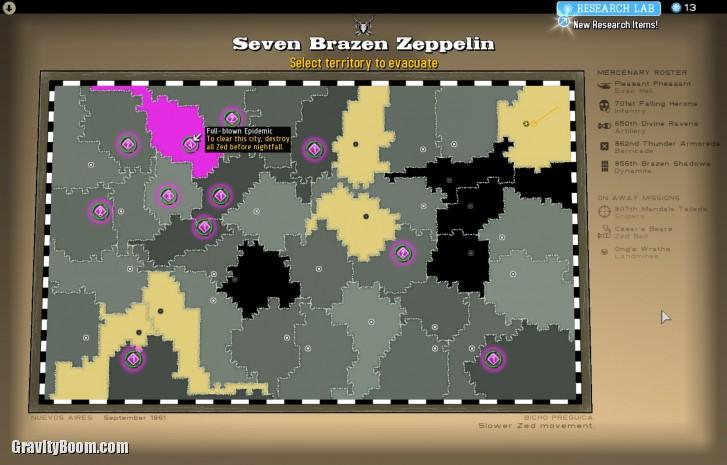 Take control of your mercenary forces and fight off the zombie apocalypse in the top down indie game Atom Zombie Smasher from Blendo Games.

The graphics are simple and light but the strategy can be complicated as you score points trying to secure different territories and rescue as many people as possible in the cities before the ‘zeds’ overwhelm your defenses. The flesh eating zombies score points by infesting territories and infecting tasty humans, and whoever reaches the specified point limit wins the game. As time progresses though, the zombies get more numerous and more aggressive, so you’ll have to be on your toes at all times. This isn’t just about smashing zombies, it’s about survival.

Each turn, zombies will invade up to several territories but you can only choose one for evacuation so over time the zeds take over the countryside. The ‘zombie level’ of infested territories is between 1-4 depending on how many times the zombies appear there, with each level being more difficult than the last. You can remove the infection by rescuing enough people before the zombies kill them all, but if night falls the zombies pour in the city and there’s no stopping them. However if you’re able to eliminate all the zombies before nightfall, all humans are rescued and the territory is secured, earning you lots of points. 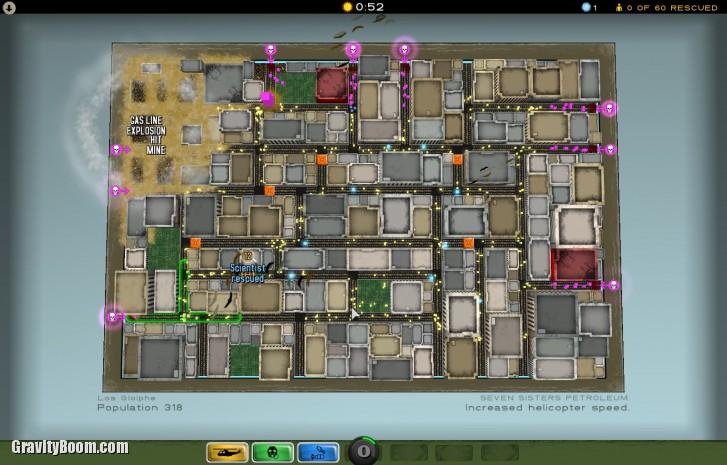 The city maps are dynamically generated, with each person and zombie represented by pixels so the graphics won’t blow you away. What gets interesting is modifying your strategy for each city map. The insertion helicopter can only carry so many mercenaries at a time and those are randomly chosen with the rest being on ‘away missions’. This ever changing team of mercs directly influences which territory to choose each turn and how you deploy them in the city to maximize people rescued and zombies destroyed.

Mercenary companies are the heart and soul of this zombie game, and for a little added flavor they are given random but colorful names and some will make you laugh. In a typical game you will quickly unlock soldiers, sharpshooters, artillery, a dynamite crew, a land mine crew, a barricade crew and a ‘zed bait’ decoy team. As they are used they earn XP and gain levels which allows you to choose how to work on their abilities. For instance you can decide whether your soldier company increases their accuracy or firing speed when they level up. Make sure your team is experienced before tackling heavily infested territories or you’ll be the one getting smashed. 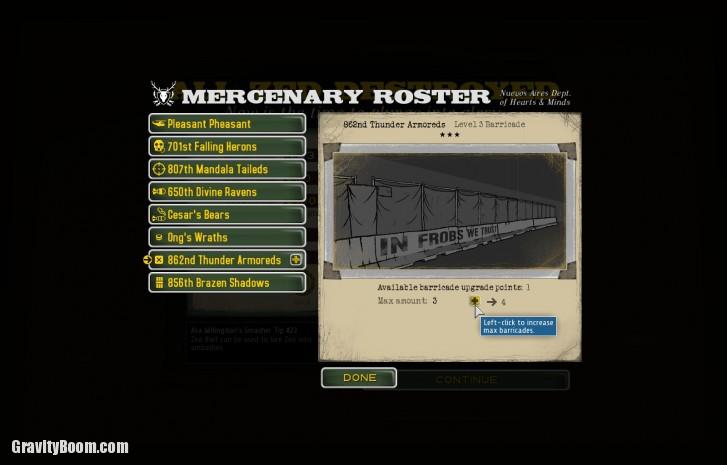 Atom Zombie Smasher isn’t all about killing zombies, it’s about rescuing enough people to start a new life somewhere in the fortified territories before the zeds overwhelm the country. It’s a points race so always keep an eye on getting the highest score you can while keeping the zombies from doing the same. Just know the zombies will eventually outpace you so get in there early and often. As each score rises different items or events are unlocked, such as the mighty Elephant Gun, Llama Bombs and Orbital cannon for you, or the Zed Firecane and ‘Monster’ Zeds for them. If you reach your victory points first that ensures your country will survive the zombie apocalypse. 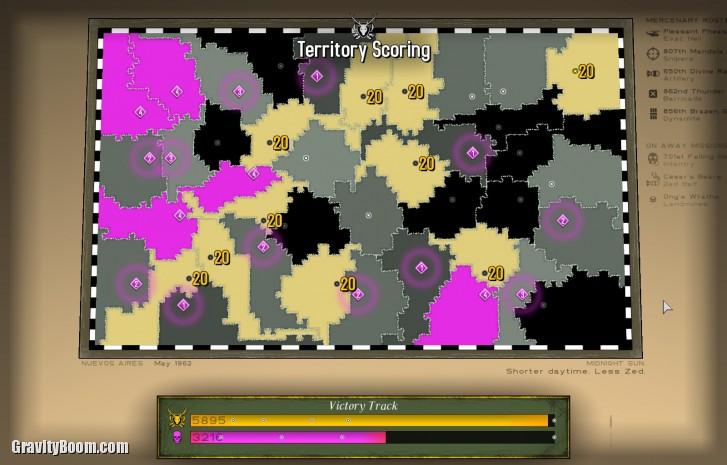 One of the truly great things about Atom Zombie Smasher are the mods, which run on a simple config file – no programming required. You can browse and download other people’s mod files or easily create your own. Everything is changeable in a simple text format, and editing the game is as simple as changing some numbers. Want more mercs? Want all Infantry? Want 2x the zombies? 10x? Faster zeds? Bigger cities? Longer campaign? Really, anything you want to change is as quick as saving a new mod file.

The game also has support for 3 person local co-op, which I haven’t really tried. You could have one player on the keyboard+mouse and the other two on game controllers, but they’re still playing the same game. It’s just seems they’re all able to make the choices so I don’t see much added value in that. I would say Atom Zombie Smasher is definitely a single player game.