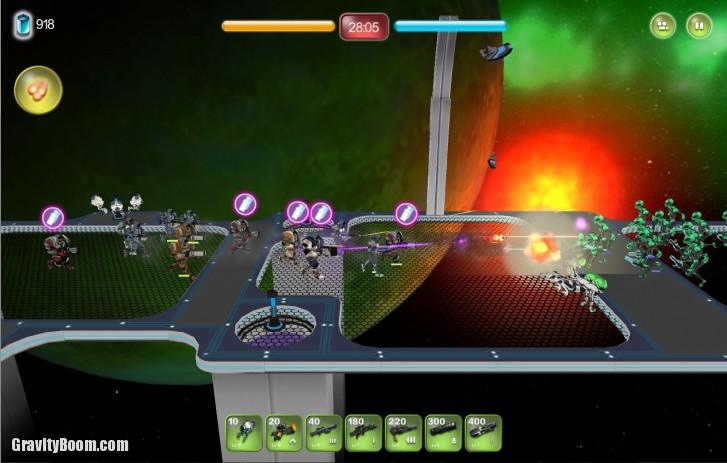 Alien Hallway is a straightforward 2D side scroller from Sigma Team where humanity fights an alien horde for control of the galaxy.

At least I think so. There’s not much back story, so you have to fill in the blanks yourself. Some sort of extra terrestrial technology is found on Earth, and it turns out to be a teleportation device that leads to other planets via an ‘Alien Hallway’. While exploring, Earthlings quickly discover another species already using the Alien Hallways… war is inevitable. 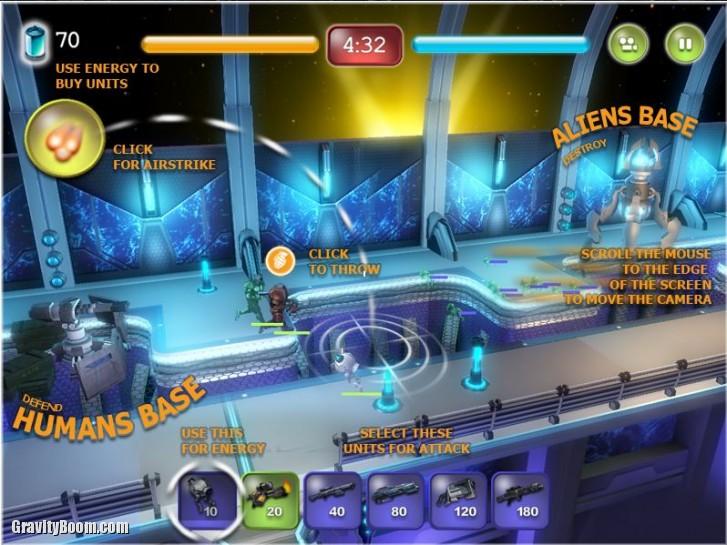 To teleport items into a hallway you’ll need energy, which is harvested by your droid engineers. To teleport troops in to fight the aliens you’ll need enough energy for them and their equipment. More heavily armed soldiers require more energy of course. As you play and capture hallways you’ll earn points to spend to upgrade your troops and other abilities. At first you’ll encounter the dregs of alien life, easily defeated. But as you continue through the Alien Hallways closer to the alien home planet you’ll face tougher alien soldiers. You’ll have to keep upgrading your troops to defeat them. 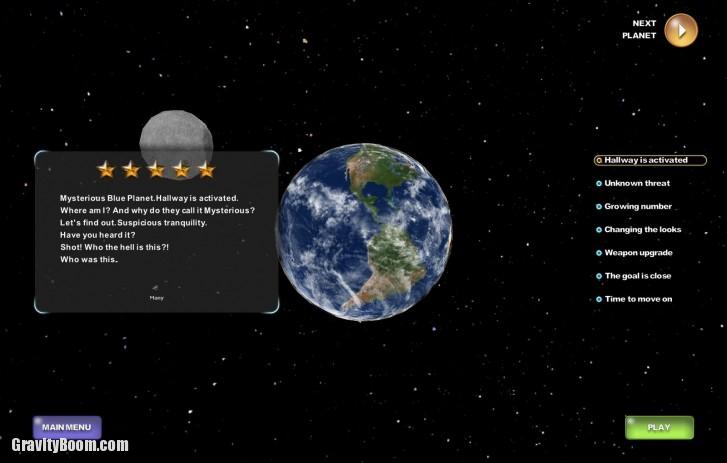 There are three planets, each with 7 Alien Hallways to clear, so it’s very straight forward. Capture one to get to the next. You harvest energy to send troops in and they will fight until the enemy teleportation device is captured or yours is lost. The only other things you have to worry about during battle is your rechargeable orbital strike (which you have for some unknown reason), and the periodic ability of your troops to throw grenades. Alien Hallway is a single player casual game that’s oddly fun the first time watching the aliens wither from your continued assault, but I think the replay value is very low.